Skip to menu Skip to content
Click here or press the Escape key to leave this site now
You are here:Home|News

A group of young people from Brae High School took part in the Youth and Philanthropy Initiative (YPI) and won £3000 for the Compass Centre. This project is run through YPI Scotland with the aim to empower young people to create change within their local communities.

To compete, the young people compiled a PowerPoint on their chosen charity to present in front of external and local judges, as well as their peers, with the winner getting £3000 for their charity. The group visited The Compass Centre to carry out research and ask staff first-hand how money could benefit the service if they were to win. The young people then presented an amazing PowerPoint and won the £3000 for the Compass Centre.

The money will be used to turn the existing outbuilding into a new support space for service users. We are very grateful that the young people chose the Compass Centre as their charity and their hard work means that a new space will soon be available for services users.

We want to say a massive thank you to Caelan, Hansen, Hannah and Clair for their excellent work and contribution to the Compass Centre! 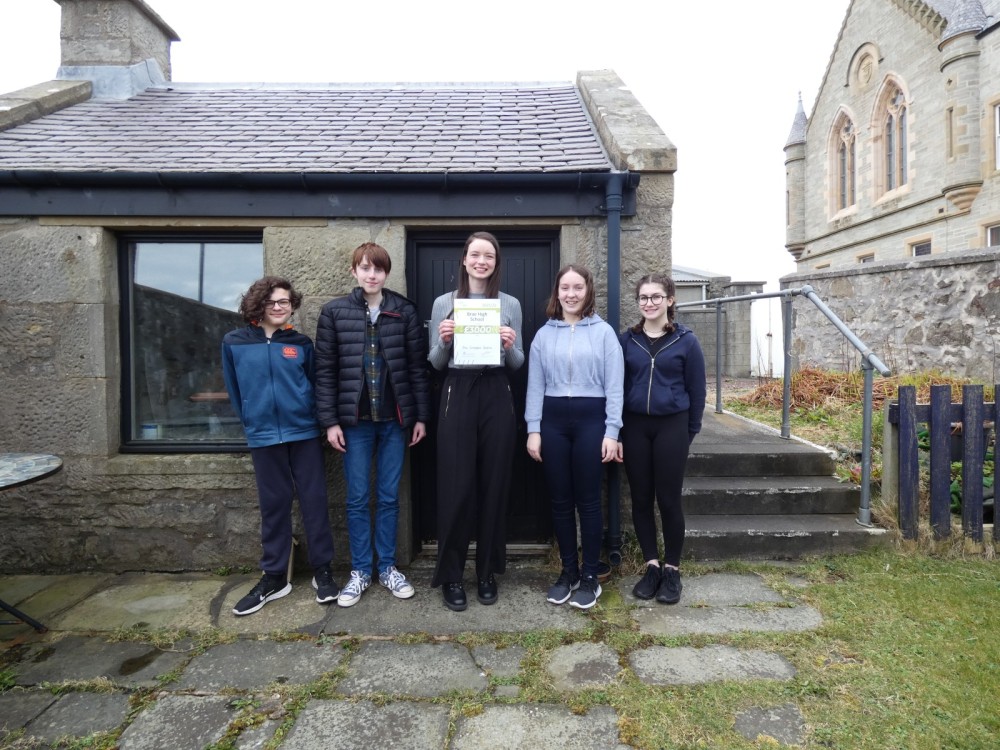 We have been continuing with our planned work and activities to achieve the Silver LGBT Charter; this forms part of our work towards becoming a more inclusive and accessible service. Earlier this year, our staff and Board members undertook awareness training through LGBT Youth Scotland; the training was really engaging and insightful, and we all took a lot away from it.

We have continued to make use of social media for celebration and activism on key dates, including Trans Day of Remembrance, LGBT History Month, and a sponsored walk with young volunteers for Purple Friday. We have planned social media posts and events coming up for International Day of Trans Visibility. International day against homophobia, biphobia & transphobia, Pride month, Bisexual Visibility Day, and National Coming Out Day. We will also be taking part in Shetland Pride on 2nd July 2022 and plan to hold our own small, event for survivors linked to Pride.

We hope that by working towards the Silver LGBT Charter, we to send a positive message that the Compass Centre is a champion of LGBT inclusion where LGBT employees, customers, or service users will be safe, supported and included. We plan to submit our Chartermark application later this year. 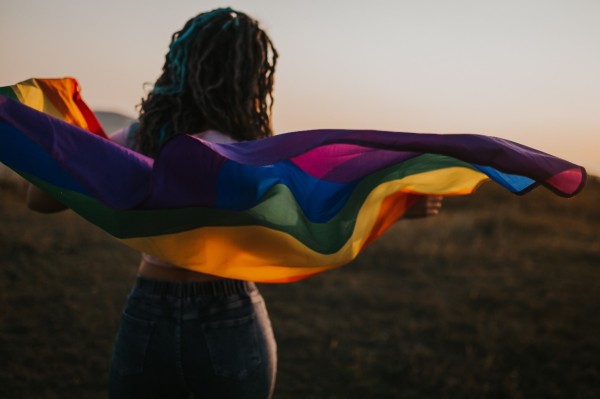 The Compass Centre, also known as Shetland Rape Crisis, has launched a campaign aimed at helping members of the public spot and prevent sexual violence on nights out in Shetland.

The leaflets and posters, titled What to do if you think someone is in danger on a night out, will be made available from International Women’s Day, Tuesday 8th March, in public bars, hotels and taxis around the Isles.

The campaign was created with the aim of aiding members of the public to spot predatory sexual behaviour and providing them with options for how to address it.

Ellie Ratter, Prevention and Activism Worker at the Compass Centre explained: “People often approach us asking for guidance on what to do if you are worried about someone or something you’ve seen on a night out. We hear from folk that there have been times where they feel like something is wrong, but they don’t know how to address it.

She continued: “The main thread running through the campaign is safety first – if it isn’t safe to act then we advise you stay back and report what you saw – but sometimes there are steps you can take that could make all the difference. We hope that with this campaign people will feel more empowered to check-in on each other’s safety.”

The Compass Centre has collaborated with local bars, hotels, and businesses to display these leaflets in publicly accessible areas. A poster version of the leaflet has also been created to display in the bathrooms of these businesses. The Centre has also been working in collaboration with taxi companies across Shetland to roll out a smaller version of the leaflet that can be easily picked up while taking a taxi.

Lisa Ward, Service Manager, said: “Sexual violence on a night out can look like a lot of things: harassment, sexual bullying and catcalling; isolating drunk and/or underage people for the purposes of sexual activity; unwanted touching and assault; non-consensual image-taking and sharing, spiking and the use of alcohol to lower someone’s ability to consent; and rape.

“As we saw from the testimonies provided in #WisToo and from the stories we hear every day at The Compass Centre, we know these things happen in Shetland just as often as they do elsewhere. Most people, however, do not perpetrate sexual violence and most in this community want everyone to be safe from it. We hope that this campaign will help to provide some practical steps for us all to be able to achieve that.”

The Compass Centre provides free and confidential information, support and advocacy for any non-abusive person of any gender in Shetland (aged 13+) who has been affected by sexual violence at any time in their lives.

We are working towards our Silver LGBT Charter as part of our work to becoming a more inclusive and accessible service. We are taking steps to proactively include LGBT people in every aspect of our work, protecting our staff and providing high quality service.

Our action plan to achieve this includes training for staff and a review of policies, practice, and resources to make sure that we're not only meeting legislative needs but are as inclusive as we can be.

We hope that by working towards the Silver LGBT Charter, we to send a positive message that the Compass Centre is a champion of LGBT inclusion where LGBT employees, customers, or service users will be safe, supported and included.

We believe it’s important that LGBTI+ survivors don’t feel silenced about what’s happened to them or what support they need. It is important that LGBTI+ people see their identities, experiences and issues reflected in information about sexual violence. LGBTI+ people who experience sexual violence know what an impact it has on them and how they see themselves.

We plan to provide another progress update next quarter 😊

16 Days of Activism at the Compass Centre

Shetland Rape Crisis is preparing for a big change during its annual 16 Days of Activism Campaign, beginning on Thursday 25th November and running up until Tuesday 10th December.

To open the campaign and as part of their work towards becoming a more inclusive and accessible service, Shetland Rape Crisis will officially open The Compass Centre, it’s Lerwick-base for working with survivors of sexual violence, launching the new name, website, and related resources.

A private ribbon-cutting ceremony will be led by Maggie Sandison, Chief Executive of Shetland Islands Council.

Ward added: “This year for the 16 days we are exploring the theme of women in leadership and so we invited Maggie to join us both as a friend and ally of the service and as an inspiring local woman leader.”

During the opening ceremony the council leader will spend some time with SRC’s youth activism volunteers, BEE (Bold, Equal, Empowered), discussing their aspirations for a future free from sexual violence.

Another of the main event featured for year’s 16 days campaign is a collaboration between Shetland Rape Crisis, Shetland Arts and Shetland Women’s Aid to present ‘Fragmented;' a one act play performed by Islesburgh Drama Group and written, directed and produced by Stephanie Pagulayan. 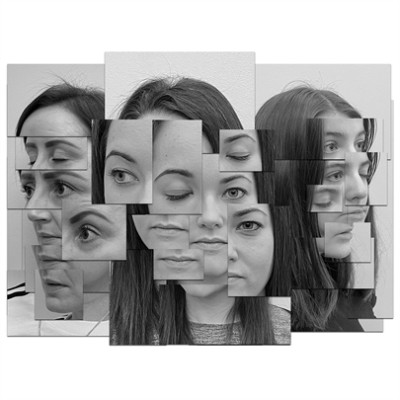 Exploring the impact and trauma of childhood sexual abuse in adult life, the play shows how an adult survivor, ‘Evelyn’, copes with her conflicting inner identity and outer persona as she comes to terms with what happened to her as a child. The live performance at the Garrison Theatre is followed by a Q&A with local support organisations.

As well as the annual light up of local buildings in orange, to shine a light on violence against women and as a beacon of hope for survivors, The Pride flag will be flying over Lerwick Town Hall on some days during the campaign and The Compass Centre will be launching a survey to gather the views and experiences of LGBTI+ people as part of their work towards achieving the LGBT Youth Chartermark.

Access and Inclusion Worker Emilie Smith said: “We believe it’s important that LGBTI+ survivors don’t feel silenced about what’s happened to them or what support they need, as well as seeing their identities, experiences and issues reflected in information about sexual violence.”

Other activities taking place during the campaign include public displays celebrating women in leadership and exploring the theme of sex education, which can be seen at Market House and Clickimin Leisure Centre, and an online social media campaign including a takeover event by local youth activists.

Ward added: “This campaign is a massive team effort by our staff and volunteers, and demonstrates their commitment and dedication to raising awareness to eradicate gender inequality and gender-based violence.”