Skip to menu Skip to content
Click here or press the Escape key to leave this site now
You are here:Home|Information|LGBTI+ Inclusivity 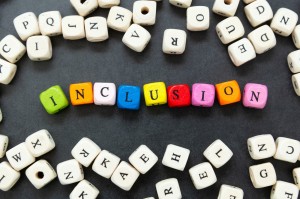 We wanted to use this space say more about LGBTI+ inclusivity because we believe it’s important that LGBTI+ survivors don’t feel silenced about what’s happened to them or what support they need. It is important that LGBTI+ people see their identities, experiences and issues reflected in information about sexual violence. LGBTI+ people who experience sexual violence know what an impact it has on them and how they see themselves.

The phrase ‘LGBTI+’ refers to lesbians, gay men, bisexual, trans and intersex people. It is used to describe people with a range of identities, life experiences, perspectives and needs associated with sexuality/sexual orientation and/or gender identity. ‘The ‘+’ is used to indicate that people with a range of identities are also included, for example people who identify as queer, genderqueer, gender fluid, pansexual, asexual, intersex, non-binary (some of whom will identify as trans), and those who are questioning their sexuality or gender identity (see end section on terminology).

We use the word ‘survivor’ to demonstrate our belief that empowerment, healing and hope are possible following sexual violence and that, despite being profoundly impacted by the experience, sexual violence is not the main or only thing that defines you as a human being. There are times when the word ‘victim’ may be appropriate, and you may prefer to use this word; it is the word used in the criminal justice system. You may prefer to use another word, or no specific word at all.

Who are LGBT Survivors?

LGBTI+ survivors are a diverse range of people.

LGBTI+ survivors also include lesbian, bisexual and trans women who experience sexual violence from another woman and may feel that their experience is invisible or not taken as seriously within services and public debates about sexual violence.

For those with close LBT friendship groups, speaking up might mean losing friends, being outed or ostracised, or risking further violence. LBT women deserve safe spaces where they can be themselves and know that the specific challenges of their situation will be understood and supported effectively.

who may feel that public awareness about sexual violence isn’t inclusive of men and where the act of speaking up challenges ingrained assumptions about who experiences sexual violence.

GBT men may worry about having to explain the circumstances in which sexual violence happened and whether that will lead to a judgemental or prejudiced response, or whether services primarily based around women’s and heterosexual people’s experience will be able to offer suitable support. Gay and bisexual men have a collective history of discriminatory policing and legal inequality in relation to consensual adult sexual relationships and although times have changed, this community memory, combined with a lack of voice for male survivors, can lead to GBT men feeling silenced about their experiences as children or adults.

For those involved in chemsex, they might fear a judgemental response if they talk about what has happened or be worried that they might be charged with a drugs offence, even if they were the victim of a much more serious sexual offence. Or that speaking up will ostracise them from a community, out them as gay/bisexual, or make the situation worse.

GBT+ men have the right to respectful, informed support that is not prejudiced or discriminatory about GBT men, whatever the context.

who often experience particular barriers to speaking up about what happened to them. Trans people risk judgemental and ill-informed responses from services, including being misgendered, excluded or asked intrusive questions about their identity, body or history, which can add to the trauma they’ve already experienced.

If trans people report historic child sexual abuse to the police, they might be worried that police and courts will use old ‘dead’ names and pronouns or that questioning in court will be transphobic or risk outing someone to current partners, workplaces, friends and in the press. Trans people need reassurance that their identity will be respected, their personal information kept confidential, and that they will be safe from transphobia from other service users or staff.

Trans people deserve informed and inclusive support in a safe space, free from transphobia and prejudice.

who, like other LGBTI+ people, may feel they don’t belong in LGBT communities or in services based on binary ‘male’ or ‘female’ genders. Intersex people may be concerned about getting a judgemental, disbelieving or blaming response from a service if they are open about their identity. Or that services won't understand the impact of medical interventions experienced as a child on their identity and sense of self.

who may feel that they are not welcome or understood in binary men’s or women’s services or that they have to hide their identity to be able to access a service. Non binary people may be concerned about getting a judgemental, disbelieving or blaming response from a service if they are open about their gender. Non-binary people can be invisible within services, especially if people are asked to define themselves as ‘male’ or ‘female’.

Some LGBTI+ people don’t feel comfortable within binary services. All LGBTI+ people deserve understanding spaces where they can be themselves, talk about what’s happened, and find informed, respectful and positive approaches to support.

who may experience a lack of awareness about their identity and who can feel misunderstood and excluded from allosexual communities, both heterosexual cisgender and LGBT.

LGBTI+ survivors include people of all faiths …

who may not feel able to talk about this aspect of their life within LGBTI+ spaces or being LGBTI+ in faith-based spaces. Or about how their experience of sexual violence affects their faith and identity. Some LGBTI+ people of faith may worry that there will be further violence if speaking up about sexual violence outs them in a hostile environment, whether in services or communities.

and those with long-term health conditions, including HIV, who also face assumptions, prejudice or invisibility about what they experience and who can be directly or indirectly excluded from support.

LGBTI+ survivors include those who have experienced so-called ‘corrective’ therapies …

or procedures purporting to ‘cure’ them. Being gay or lesbian used to be classified as a mental illness and gender dysphoria has only recently stopped being listed in this way. Some mental health, medical and other practitioners have made the incorrect assumption that child sexual abuse ‘causes’ someone to be LGBTI+.

Despite these classifications changing, these are lived experiences for LGBTI+ people, both historically and still today. LGBTI+ people who ask for help following sexual violence risk that the practitioner will make this assumption, overtly or by implication. The trauma of sexual violence is thereby compounded by an inappropriate and incorrect response that blames and pathologises LGBTI+ people. The collective pain associated with therapies that aim to ‘correct’, ‘cure’ or explain someone’s sexuality or gender identity linked to sexual violence is an additional barrier to LGBTI+ survivors seeking and finding respectful and effective help. LGBTI+ people have the right to be safe from ‘corrective’ practices and from incorrect assumptions that sexual violence makes people become LGBTI+.

it can be hard to know what LGBTI+ sex and relationships should be like. There are so few representations of the diversity of LGBTI+ lives that LGBTI+ people themselves would recognise as authentic and there continues to be a climate where ordinary LGBTI+ lives are not properly embedded in sex and relationships education. If LGBTI+ young people don’t see themselves in campaigns about consent or sexual violence, then young people may not know if what they’re experiencing in their relationships is OK. LGBTI+ young people deserve education and support which understands the challenges of coming out and can help protect and respond effectively to sexual exploitation and violence.

What LGBTI+ People Have in Common 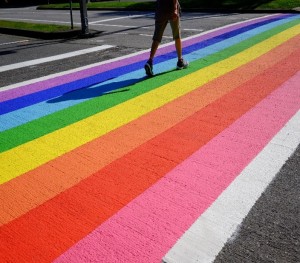 Although ‘LGBTI+’ covers a wide range of people, the one thing LGBTI+ people have in common is the lived experience of prejudice and discrimination for their sexuality and/or gender.

Whether direct or indirect, current or in the past, all LGBTI+ people know what it means to have to make daily micro-decisions about safety; about when, how and to what extent it is OK to be fully yourself; about what you can show and what you must hide. And it is this lived experience that interacts with the experience of sexual violence and the choices LGBTI+ people make when considering whether to speak up or keep quiet.

Many LGBTI+ people worry that if they tell the police or another service, the person they talk to will not understand and will ask questions that can feel intrusive, gratuitous or express disbelief, disgust or judgement. LGBTI+ people may feel forced to explain LGBTI+ identities, language and community norms or risk a prejudiced or discriminatory reaction from the person they tell.

Services can assume that people are allosexual, heterosexual and/or cisgender until proved otherwise. LGBTI+ people have to make a choice about whether to ‘out’ themselves and let the service know that they are not allosexual, heterosexual and/or cisgender, especially when they are not sure how the service will respond. Some LGBTI+ people face immediate judgement about who they are and what they have experienced, simply because of what they look or sound like. This lived experience can make LGBTI+ people feel cautious or feel that they must keep some things private.

For those LGBTI+ people who experience sexual violence from another LGBTI+ person, it can be hard to acknowledge that the person who’s hurting them is someone from their own community, someone who may also experience discrimination and violence as an LGBTI+ person. LGBTI+ people might worry about additional negative consequences if they speak up, such as being outed or ostracised from their community or exposed to a dismissive or discriminatory response. If the service response isn’t LGBTI+ aware, then it can potentially make the situation more unsafe for the survivor.

Services are not always effective at recognising or supporting LGBTI+ people. LGBTI+ communities are not always able and willing to acknowledge sexual violence as a lived experience for many people or that LGBTI+ people can hurt each other. Sexual violence is wrong, whoever does it, and it doesn’t make LGBTI+ communities more robust by silencing survivors.

Despite the Barriers, Things Can Get Better

This document has described a lot of concerns and barriers that LGBTI+ people face when needing support following sexual violence. It might seem like a long list of difficult issues, on top of the impact of sexual violence itself. It is important to say that not all LGBTI+ people will experience these barriers but, in our experience, they are very common fears and experiences for LGBTI+ survivors.

Healing, hope and empowerment are possible.

This information is adapted from materials by London Survivors Gateway and explores some of the issues and barriers to support felt by LGBTI+ survivors; it also incorporates the ethos and ideas from our previous Trans Inclusiveness Policy from 2019. We hope this is useful for colleagues and survivors alike in understanding the range of identities and lived experience of LGBTI+ survivors. Mostly we hope this information reassures LGBTI+ survivors that we know how much courage it takes to speak up and we understand your perspectives and experiences. We encourage you to seek support from us or another service that you feel comfortable with.