Skip to menu Skip to content
Click here or press the Escape key to leave this site now
You are here:Home|Information|For media

At the Compass Centre we work positively with the local media to encourage accurate and sensitive reporting on gender-based violence. 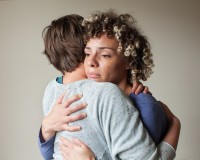 The public takes much of their knowledge about sexual violence from the news, and good reporting can play a really important role in improving understanding of gender-based violence and challenging its place in society.

Unfortunately, irresponsible reporting can reinforce myths about the ‘causes’ of sexual violence. The wrong approach can have a negative impact by encouraging victim blaming, deflecting attention from the perpetrator, and even discouraging survivors from seeking support.

Best Practice Tips for Reporting on Gender Based Violence

Be Considerate - Report gender-based violence in a way that upholds the victim-survivor’s right to dignity and does not compromise their safety or anonymity. Don’t sensationalise stories with graphic details about the crime, or personal details such as their transgender identity or their involvement in pornography or selling sex.

Don’t blame the victim - Make the perpetrator the subject of the sentence and assign the verb to them. This is how police are encouraged to write their reports, i.e. ‘The perpetrator forced the survivor to…’. Never suggest that violence occurred because of what someone was wearing, what they had drunk, if they had cheated, or any other reason. Perpetrators are responsible for their actions.

Victim or Survivor - Use victim when an attack has resulted in murder, when discussing the crime or criminal justice system, or when someone describes themself as a one. Use survivor when referring to them in all other instances. Or if you have permission, use their name.

Get quotes from experts and survivors - Ask women’s organisations for comment and source case studies through them.

Use statistics to put the story in context - Individual stories of gender-based violence are part of a much larger problem.

Images - Don’t use images that contribute to harmful stereotypes or objectify survivors. There are free to use stock images available here.

Include helplines – it can save lives. Your story might influence people who have experienced or are experiencing the same violence. Providing sources of support can encourage survivors to seek help.